If ever there was an island with a siren song, it is the scene-stealer of the Greek Islands, Santorini, or as she is known to the Greeks, Thira. Undeniably one of the better known of the gems that populate the seas that surround Greece, Santorini has long worn the thorny crown of being one of the world’s most popular tourist destinations. Year after year, the island appears on definitive travel lists, but that doesn’t mean the island has totally lost its authenticity, indeed, far from it. One of Santorini’s most beguiling qualities is that, despite the vestiges of long-term tourism, untouched havens of great beauty and solitude exist, where it feels like you are the only one in the world, let alone on the island. Sure, Santorini may have her fair share of tourists, but she remains resolutely herself, an enigmatic curl of ancient villages, donkeys, volcanic beaches, traditional tavernas, vineyards and friendly, relaxed locals. 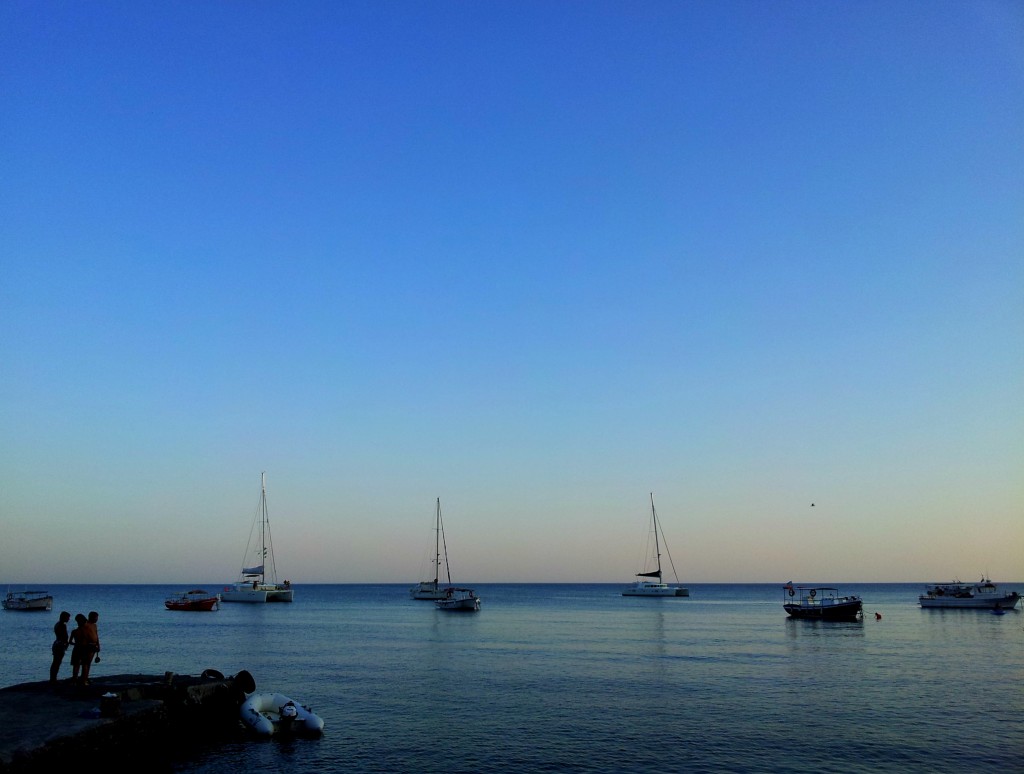 Modern day Santorini was born of an almighty volcanic eruption that occurred around 3,500 years ago. Not just any volcanic eruption either, but one of the biggest the history books has to show; it blew the middle out of the island, creating its main part and the tiny Thirasia (with its whopping population of 268) floating off to the side. Today the island curls in a crescent, wrapped around the quiet volcano, the sheer, jagged cliff faces that plunge into the blue caldera almost protective of the disaster that caused them. Some say Santorini is the site of the lost city of Atlantis, that the volcano put Atlantis at the bottom of that blue caldera. Should you stand on the edge, peering into the depths of the Aegean, at a vast space that used to be the centre of the island, you’ll find anything is possible to believe.

Santorini’s unusual climate – it is one of the two locations in Europe with a desert climate – means most people go for beach holidays, stretching out across some of the world’s most unique strips of sand and beneath consistently blue skies. Perissa and Perivolos share the same stretch of black beach which is fronted by a seemingly never-ending line of restaurants and bars. Here beach service is part of the parcel and if you’re visiting in peak season, the sun loungers don’t come free. The enormous rock looming over Perissa is called Mesa Vouno and on the other side of it, you’ll find Kamari, another black beach touristy village. For finer, paler sand and slightly more active waters, head to Vlychada, but don’t be surprised to see the island nudists doing their thing. Santorini’s famous red beach, carved out of ruby rock, is a sight to behold. It isn’t particularly big, but the waters are so clear and the colours so vibrant, it’s worth the trip. 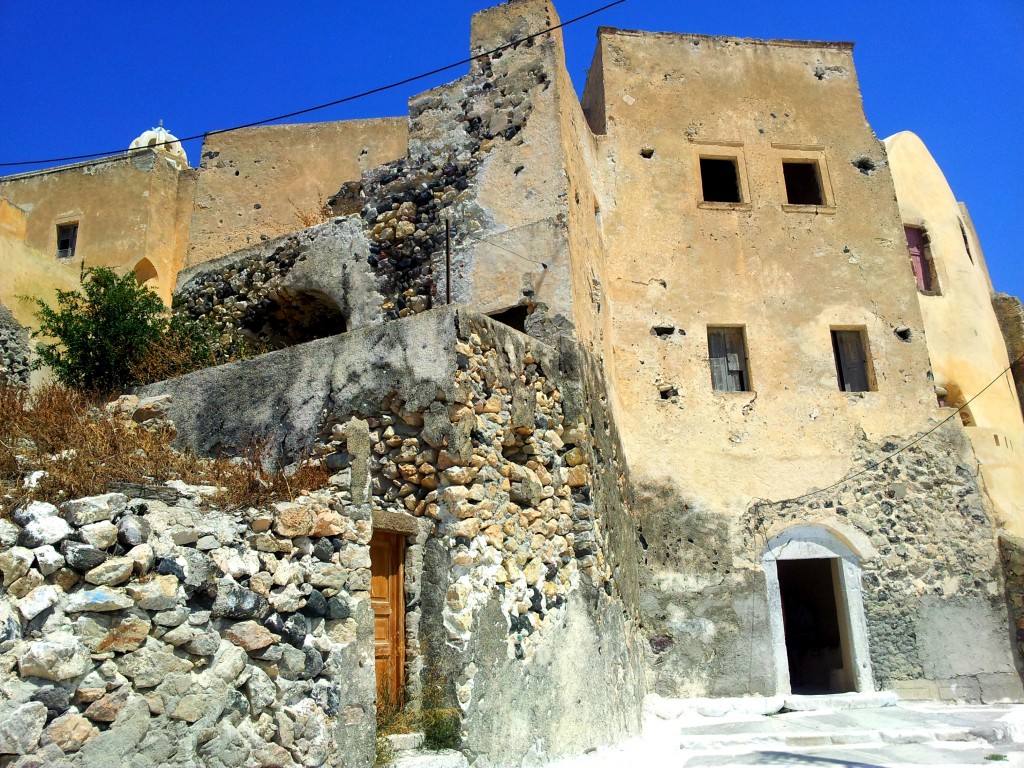 But the desert climate has also made Santorini famous for something beyond its beaches – it’s own, unique types of wine. The indigenous grape, Assyrtiko, grows on shrub like vines which have had to adapt to the strong northern winds that sweep through every summer, and the arid, volcanic soil which provides little moisture beyond morning dew. There are several wineries you can tour and perhaps the biggest, Santo Wines, is fortuitously located directly opposite the volcano. Grab a glass of something local – perhaps the sweet, aged, honey and fig laced dessert wine, Vinsanto – and watch one of the best sunsets the island of sunsets has to offer.

For food lovers, Santorini is something of a Mediterranean paradise. Fresh seafood abounds, as do fuss free, family-run tavernas serving delicious, quality produce, a lot of which they catch themselves, daily. Try Santorinian specialities, such as the juicy, sun-sweetened ntomatini, a small, bizarrely shaped tomato that tastes of sunshine and is often mashed up into a ridiculously tasty fritter, the smooth, earthy fava and the island’s unusual white aubergine. Of course, other delicious Greek dishes such as moussaka, souvlaki, saganaki, tzatziki, pita gyros, kleftiko and feta go without saying.

There is, perhaps one more thing you need to know about Santorini, before you visit, something quite apart from its rich history, unusual beaches, delicious food and wine and large donkey population. This island is magic. It will cast an unbreakable spell that will mean once you leave it it, you will need to return time and time again. Consider yourself warned. 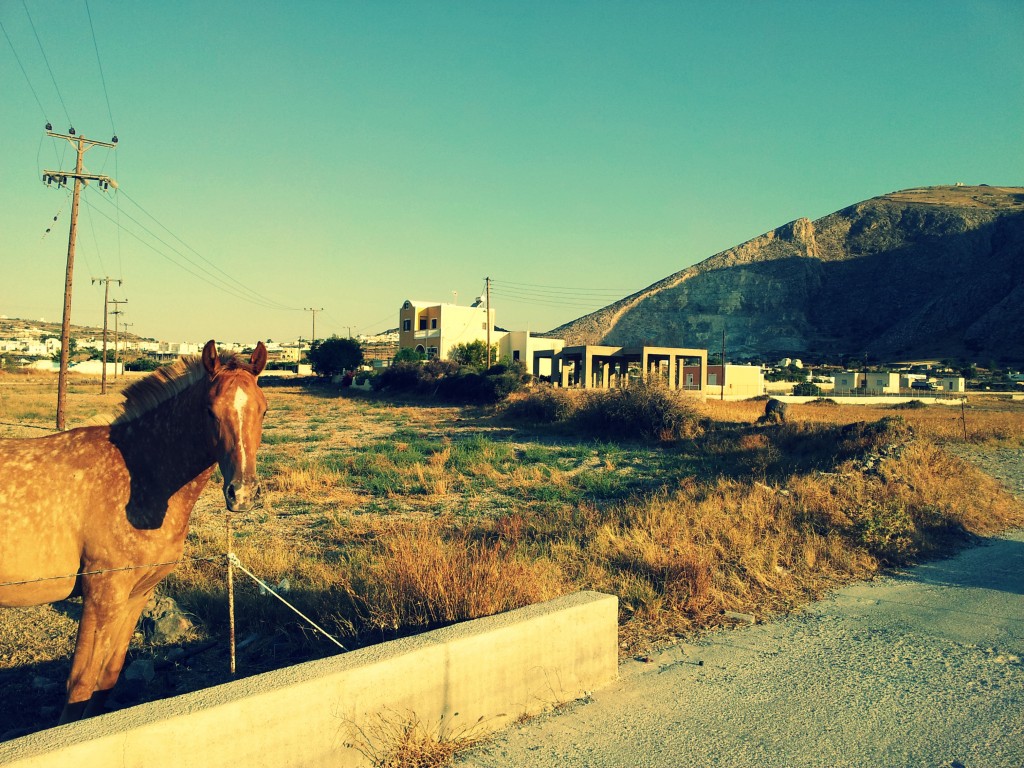 A Note on Transport and Water

Santorini has buses that cover the island, but don’t expect them to run on time all the time. There are taxis, but in the smaller villages, can be difficult to organise and rely on. You can also easily hire a car, scooter or quad bike (a popular choice with tourists) to get around. Do be careful though, because sometimes other drivers aren’t and road safety is lax.

Tap water is absolutely undrinkable, only drink bottled water. A desalination plant provides residences with their water in weekly deliveries, so use it sparsely and don’t be surprised by its saltiness. Courtesy of plumbing systems installed pre-tourism boom, you are not allowed to flush toilet paper down the toilet. Bins are provided.